We Say Welcome to Aubrey Eisenman & The Clydes !!!

Travianna Records is pleased to announced the signing of Aubrey Eisenman & The Clydes. The band hails from Asheville, NC and is fronted by bassist and vocalist, Aubrey Eisenman. She is joined by her husband Justin Eisenman providing guitar and vocals, and John Duncan on fiddle and vocals. 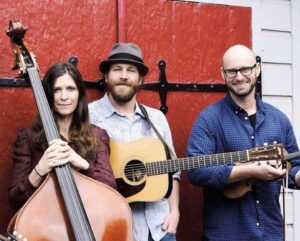 Aubrey’s pleasant, yet gritting vocals, and the band’s unique harmonies and magical musicianship set them apart from others in their genre. That’s what caught Travianna Records’ President, Mark Hodges’ attention. He says, “There’s something about their sound that’s really different. When you hear them play it sounds very familiar, but then you realize it’s like nothing you’ve ever heard before. That’s exactly what we’re looking for.”

“We make music forged from grit, love and hard times –
embracing smokey vocals and soul twisting delivery
which can best be described as Old Soul Americana.”
Be it bluegrass, folk, Americana, Appalachian music or all of the above, it is great music.
The band is thrilled for the opportunity to bring their new music to life as well as a back catalog they’ve been waiting to record. Aubrey says, “We are so excited to be working with a label and team of people that work for the artist and have an ear for good music. I can’t wait to see what the future holds!”
When they’re not playing music, Aubrey and Justin enjoy their life on their homestead in the mountains of North Carolina. Aubrey teaches horseback riding lessons and credits her love of 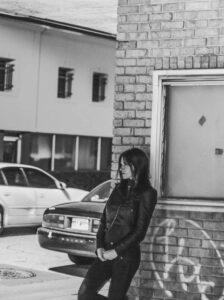 music to her father who was a songwriter and studio engineer. Justin is a successful luthier in their area.
One important thing to note is Aubrey is an eight year veteran of the United States Marine Corps. It’s no wonder she has such strength and commitment to her art.
Listeners can look forward to a new single from Aubrey Eisenman & The Clydes soon with a new album in early 2019.