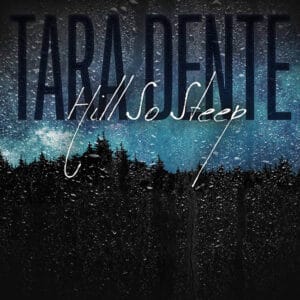 It is with great pleasure that we bring to you the long-awaited single from Tara Dente, “Hill So Steep.”

Releasing to the public June 25th and available to radio now!

“Hill So Steep” is the first single from the upcoming album Truth In The Mud releasing worldwide July 17, 2020.

Tara Dente is a folk/alternative guitarist, singer-songwriter and NJ native. In her early years, she wrote original compositions for piano, and later in 2007 for voice and guitar. Nick Drake, Enya, The Shins, Johnny Cash and Brooke Fraser are among the influences which would help to shape her songwriting. In 2012, Tara entered the music scene focused around the historic and creatively re-awakened Asbury Park, NJ, and released her first full-length album, “Leave Your Ghosts Behind” in July of 2014. Her second full-length album “The Gleaner”, released 6/2/2017. Tara was nominated for an Asbury Music Award in 2014 and 2016 for Top Female Acoustic Act.

“TARA DENTE/Truth in the Mud:  This crew came from Asbury Park to record in Virginia and they sound much more like roots rockers than Springsteen.  With a heartland attitude and outlook, Dente and her gang come in with some meaty, juicy Americana that hits you between the eyes with it’s authenticity and power.  With no affectation, she goes right for the heart and the jugular, hitting her targets with ease.  Solid folk flavored stuff throughout.” – Chris Spector / Midwest Record